Hong Kong actor Simon Yam Tat-wah was stabbed on Saturday morning while attending a promotional event in southern China. The 64-year-old was a guest at the opening of a new Beijing Easyhome store in the city of Zhongshan, Guangdong province, when the attack happened. According to his manager, the actor was stabbed in the stomach and suffered slash wounds to his arm.

In video footage posted on Weibo, China’s Twitter-like platform, Yam is seen speaking to the hosts of the event and handing out gifts to various guests as they are called to the stage. But as he holds out his hand to greet a man dressed in a dark vest and jeans, the attacker pulls out a knife and lunges at him, stabbing and slashing repeatedly at the actor. The attack continues for several seconds as security guards and bystanders rush to intervene. After a scuffle, the man is subdued and led away. The footage shows Yam is clearly distressed by the attack and can be seen holding his hands to his stomach.

In a separate clip, also posted on social media, the actor can be heard saying to an associate: “Let’s get to the hospital, to the hospital.” Yam’s manager, Lester Mo Gee-man, told the South China Morning Post that his client’s condition was not critical but his injuries were still being assessed. “He was stabbed in his stomach and slashed on his arm, but was conscious the entire time,” he said. “A preliminary investigation showed his injuries were not critical but the doctors are still deciding whether to operate on him in Zhongshan or whether we can wait until we return [to Hong Kong]. “I understand the management of Easyhome is panicking and waiting to hear back from Zhongshan public security for an update,” he said.

According to a statement by the city’s police department, Yam was stabbed by a man at 10.17am while attending a promotional event in Zhongshan’s Huoju district. A suspect was detained at the scene.

of the 1980s and ’90s, this sequel in name – with a different director, screenwriters and main actors (except the returning Louis Koo Tin-lok, who is in virtually every Hong Kong film anyway) – might have seemed like a rip-off on first glance. Under the direction of the reliable Herman Yau Lai-to (

), however, The White Storm 2: Drug Lords does succeed in replicating the original film’s exhilarating action and outrageous body count, even if it makes a mess of the theme of brotherhood that gave substance to the melodramatic core of Chan’s film. This is a thoroughly thrilling, if also unabashedly superficial popcorn movie.
The White Storm 2 opens with a 2004-set prologue, where triad member Tin (Andy Lau Tak-wah, a co-producer of the film) is ordered by his boss and uncle (Kent Cheng Jak-si) to chop off the fingers of Dizang (Koo), his blood brother for over 20 years, as the latter’s punishment for disobeying the gang and selling drugs on home turf. Meanwhile, the wife of police inspector Lam (Michael Miu Kiu-wai) dies in a related incident.

Fast forward to the present, and Tin has left behind his criminal life, married a lawyer (Karena Lam Ka-yan), and reinvented himself as a business tycoon and philanthropist. Due to multiple drug-related tragedies in his family, Tin is hell-bent on eliminating all the major drug dealers in Hong Kong; this puts him on a collision course with the vengeful Dizang, who has since become the biggest drug lord of them all.

In a convoluted story that occasionally gives way to shoot-outs and car chases of little significance to the main plot, we see Tin neglect legal obstacles, often brought up by Lam, to put a bounty on the drug dealers’ heads, while Dizang takes out his competition to become Tin’s No 1 nemesis. And then it’s all rendered redundant when the action climax, refreshingly set inside the crowded Central MTR station, arrives to save the film.

A man admitted before a judge to stabbing his ex-wife outside Hong Kong’s Family Court because she refused to let him to see his daughter for more than two years. Chong Hay-chik, 39, used a 23-centimeter knife to stab Pang Lin, 35, five times in the abdomen outside the Family Court in Wan Chai on May 8, 2017. He had previously denied that he tried to murder Pang, but at the High Court yesterday,

, Ming Pao reports.
The court heard that the couple first met in 2011 and got married a year later and their daughter was born in 2013. However, the marriage broke down, the two legally separated in 2015, and Pang soon started refusing to let Chong see their daughter.

Chong’s attorney told the court room that it was around this time that Chong started drinking to numb himself. Prosecutors told the court that Chong and Pang were scheduled to appear at Family Court on the afternoon of May 8, 2017 because of disputes over alimony and Chong’s visitation rights.

Chong’s lawyer told the court that his client had two bottles of wine that day and had arrived early at the courtroom. When he saw Pang arrive, he pulled the knife from his pocket and stabbed her in the abdomen five times before he was subdued by four security guards. Doctors found Pang with blood coming from her arm and lower back; internal bleeding in her thorax, abdomen, and pelvis; and lacerations to her right kidney and liver.

The court also heard that she suffered a collapsed lung, intramuscular hematomas, and bone fracture and displacement. She had to undergo emergency surgery and her kidney was removed. She was

, Apple Daily reports. Under caution, Chong admitted to police that he prepared the knife by wrapping it with wire and bandages so that it wouldn’t slip from his grip, and that he attacked Pang because she wouldn’t let him see their daughter.

In mitigation, the defense said that Chong, an unemployed IT support worker, genuinely regretted his actions and that he committed the offense in a moment of passion. The defense appealed for a lenient sentence, arguing that Chong had committed the offense impulsively and under the influence of alcohol, and that he genuinely regretted his actions. Justice Anthea Pang Po-kam adjourned sentencing for July 30, pending a psychological and psychiatric report on Chong, as well as a medical report on the victim and an impact assessment.


Woman, 69, escapes serious injury after being hit by falling window in Tsuen Wan A 69-year-old woman in Hong Kong escaped serious injury after she was hit by a window that fell from a block of flats on Thursday.

Emergency personnel were called to the scene outside Cheuk Ming Mansion in Hau Tei Square, Tsuen Wan, shortly before 10am. “No external wound was found on the victim. She complained of pain in her shoulder,” a police spokesman said. She was taken to Yan Chai Hospital for treatment.

An initial investigation showed the window fell from a first-floor flat of the 15-storey building, according to a police source. “The window fell when a female tenant was opening it,” he said, adding that officers had taken the tenant to Tsuen Wan police station for inquiries.

at a residential block in Mayfair Gardens off Sai Shan Road, Tsing Yi. The frame fell when a man, 31, was carrying out decoration work on the external wall of a flat, according to police. Officers then arrested the man for manslaughter. He was granted bail on Wednesday pending further investigation. 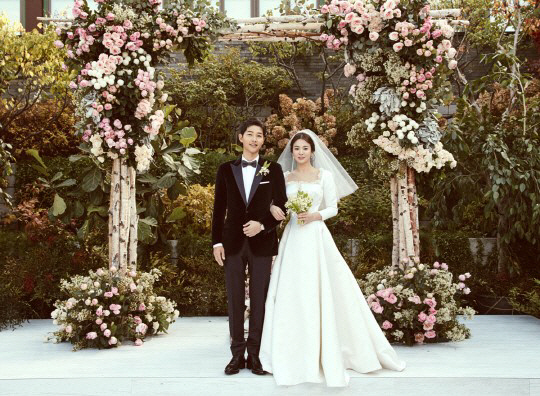 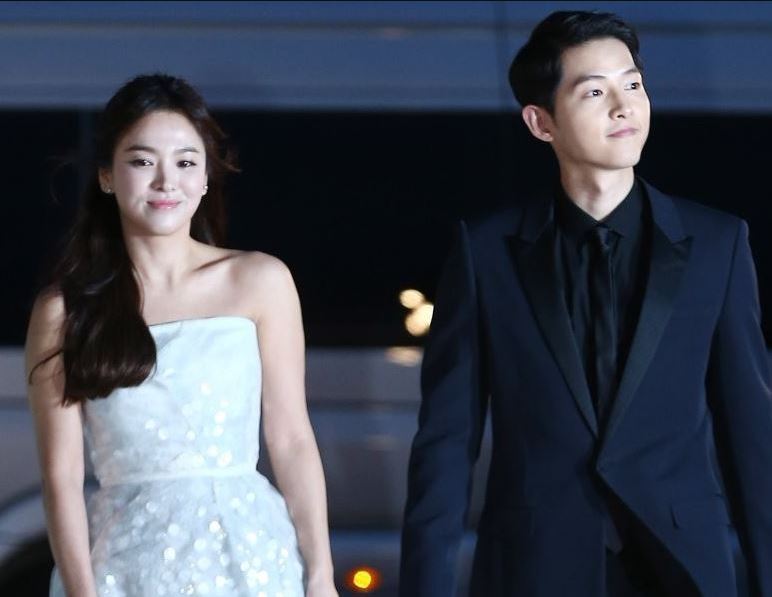 Actors Song Joong-ki and Song Hye-kyo have started divorce proceedings. On Thursday, Song Joong-ki’s attorney Park Jae-hyun announced that his law firm had filed for divorce on behalf of the actor on Wednesday.

“Rather than criticizing one another and arguing over who is to blame, both of us hope that the divorce process can be wrapped up smoothly,” Song said through his agency, Blossom Entertainment. “I ask for your understanding that it is difficult to go into details of my personal life. I will try to recover from the wounds and do my best to repay you through good productions as an actor,” he said.  The two actors, also known as the Song-Song couple, met through the hit drama series “Descendants of the Sun” in 2016 and tied the knot in October 2017.